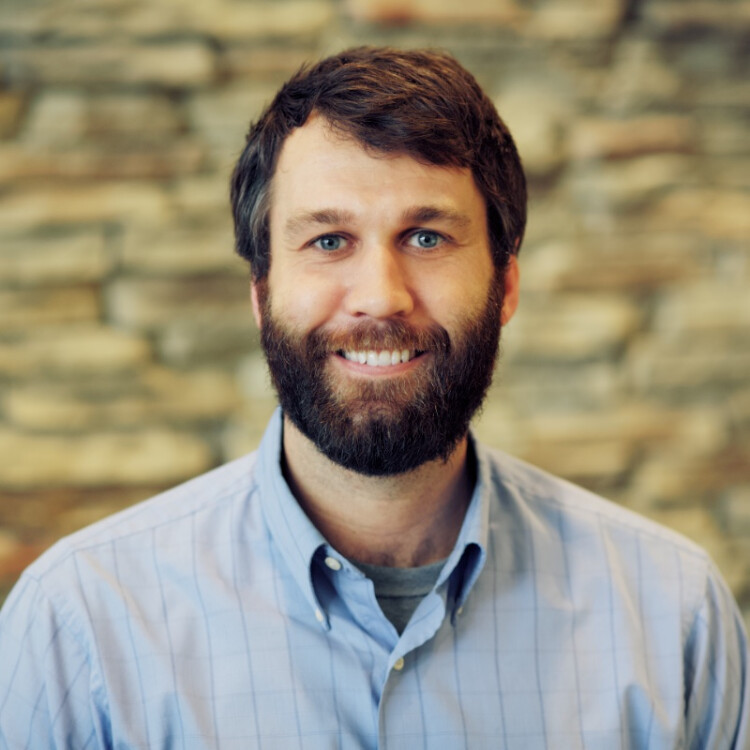 The formation of middle, high school, and college students–at home and as part of the church–is vital to their maturity. Benji oversees this by inspiring students to love God, others, and make disciples. He trains volunteer leaders to equip future student leaders, and resources parents to invest in the students' growth.

Benji graduated from Middle Tennessee State University in 2004. A couple of years later, he studied at Dallas Theological Seminary where he earned a degree in Biblical Counseling in 2010. He has served as the Fellowship Bible Church Student Pastor since 2010 and has a strong passion to help students follow Jesus. He loves to help them discover their identity as a Christ follower and their purpose as “fishers of men.” 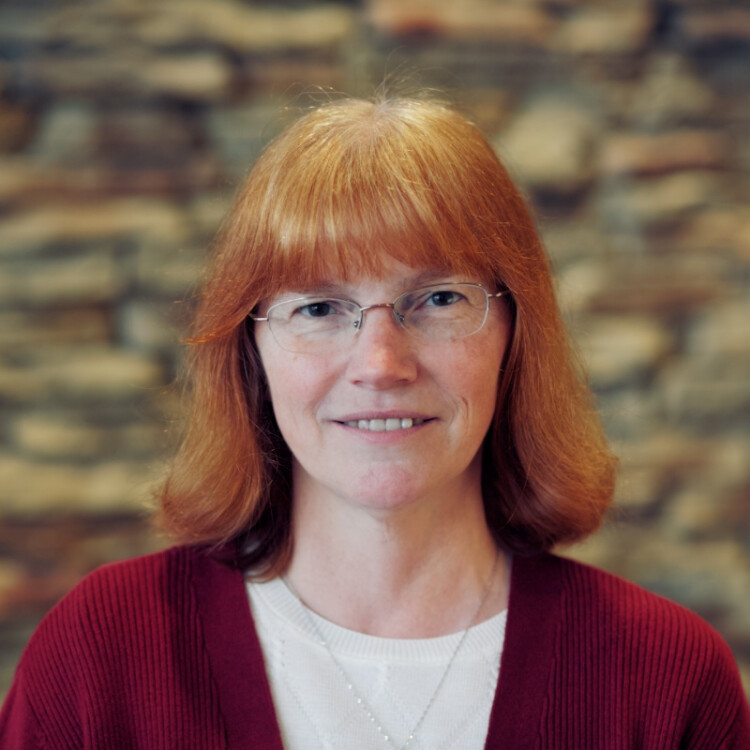 Dawn grew up in eastern Pennsylvania at the base of the Blue Mountains. She graduated from Thiel Lutheran College in 1989 with a degree in Business Administration and a minor in Philosophy. During college, Dawn was involved with Chi Omega sorority and served on the Panhellenic Council. After college she worked as an auditor for a hotel chain and in child care for 13 years before joining the team at Fellowship Bible Church.

Dawn met her husband Bobby in 1990 and moved to Murfreesboro before they were married in 1991. They have three children—Gabrielle, Aaron, and Grant—and three grandchildren. She enjoys family time and reading. 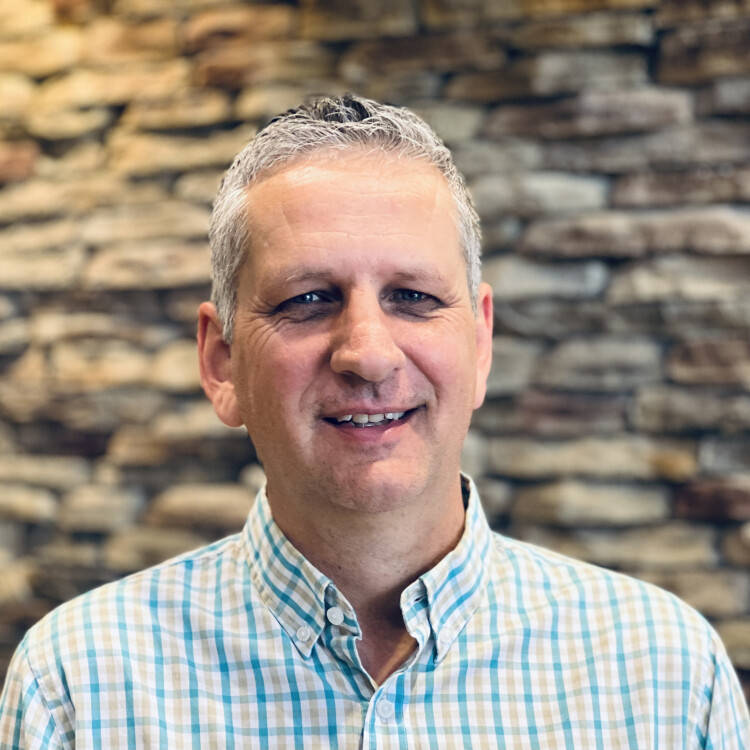 God provides all the resources necessary to advance His kingdom. Rob’s job is to help the church discover, develop, and deploy those resources effectively in areas of church operations, strategic ministry planning, and leadership development.

Rob has a business degree from Colorado State University (1986) and received a Master of Divinity after completing his studies at Denver Theological Seminary and North Park Seminary (1990). He served as a lead pastor for 17 years, and for the past 14 years as a senior-level leader for non-profit ministries, as a small groups pastor, and most recently, as an Executive Pastor.

Rob, and his wife Darci, moved from Pennsylvania early in 2022 to join the FBC family. Darci  works as a licensed professional counselor. They have four grown children–and one brand new grandson!

Rob grew up in Colorado and misses the ‘real’ mountains. He enjoys cooking (and eating), hiking, tennis, trying new things, doing anything or nothing with his wife, and he has a deep passion for helping things and people grow. 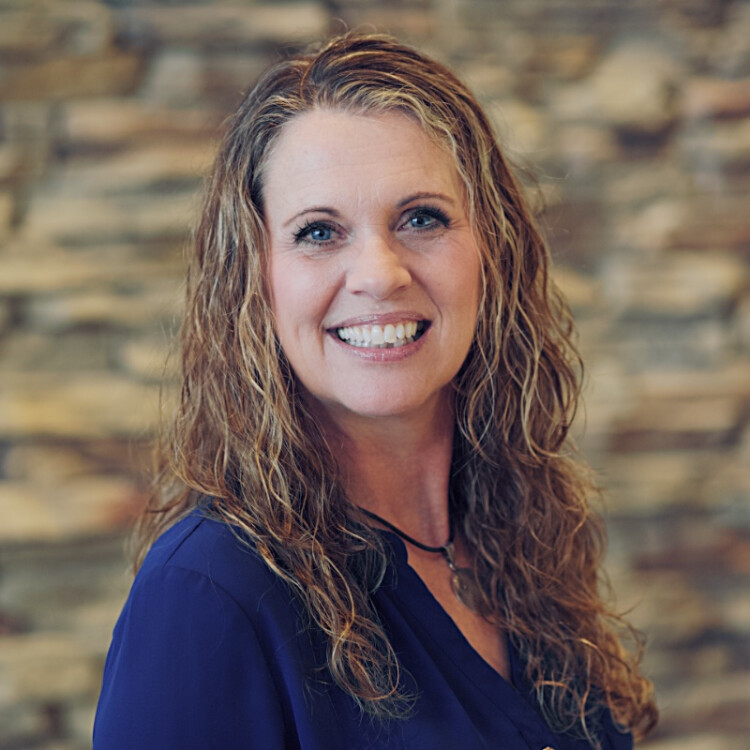 Women have a significant place in God’s family and ours. Carrie facilitates our women’s ministry at Fellowship, guiding and equipping leader teams which cultivate a deep knowledge and love for God’s Word, a genuine devotional life, a commitment to community and discipleship, and a passion for service.

Carrie grew up in Knoxville, Tennessee. A Volunteer for life, she graduated from the University of Tennessee with a degree in Human Services and a Master's in Rehabilitation Counseling. She has worked in head injury rehabilitation, pediatric and adult community mental health, and recently completed 23 years of homeschooling. Carrie has led and served in women’s Bible studies and children’s ministry, serving as Fellowship’s Children’s Ministry Pastor for 12 years before transitioning to women’s ministry.

Carrie married her high school sweetheart, Travis, in 1987. They are overjoyed to have three grown daughters, two sons-in-law, and two granddaughters (another on the way in June).

Carrie has a heart for women, children, and marriage. She enjoys learning/teaching, reading, ‘80s music, a good cup of coffee, and conversation with both young and grown friends! 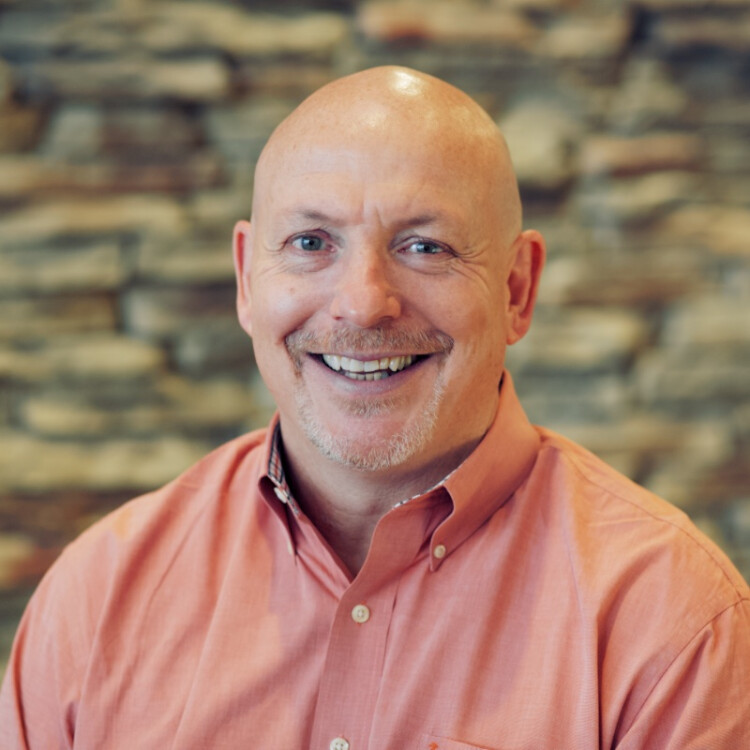 A healthy church requires Biblical, Spirit-led oversight. Jeff serves to help create a culture in line with our mission by casting vision, by focusing on key values, and by teaching scripture in a way that Christ followers can understand and implement into daily living.

Jeff and Jenna Patton both attended East Carolina University (ECU), graduated in 1986, and married right out of college. Jeff’s post-grad direction was shaped in a big way by two things: playing linebacker for the ECU football team and serving as a student with the ministry of Campus Crusade for Christ.

During 1986-2004, Jeff worked in the athletic ministry of Campus Crusade for Christ (Athletes In Action) at Clemson University, followed by serving as chaplain for the Cincinnati Bengals and Reds. Eventually, Jeff became the national director of the Athletes In Action campus ministry for six years.

During the summers of 1993-1999, Jeff attended Trinity Evangelical Divinity School in Chicago, which gave him a growing passion for the local church. In 2004, that passion found an outlet. Jeff accepted the invitation to join the staff of Fellowship Bible Church as one of two teaching pastors, and moved his family that summer.

The Pattons have served on the national speaker team of FamilyLife since 2004, sharing biblical marriage principles at “Weekend to Remember” marriage conferences across the United States. Jenna also works part time as a nurse in Murfreesboro, and the Pattons have four children—Josh, Jess, Jay, and Joelle—and three grandchildren. Jenna loves to curl up with a good book, and Jeff is addicted to turkey hunting. 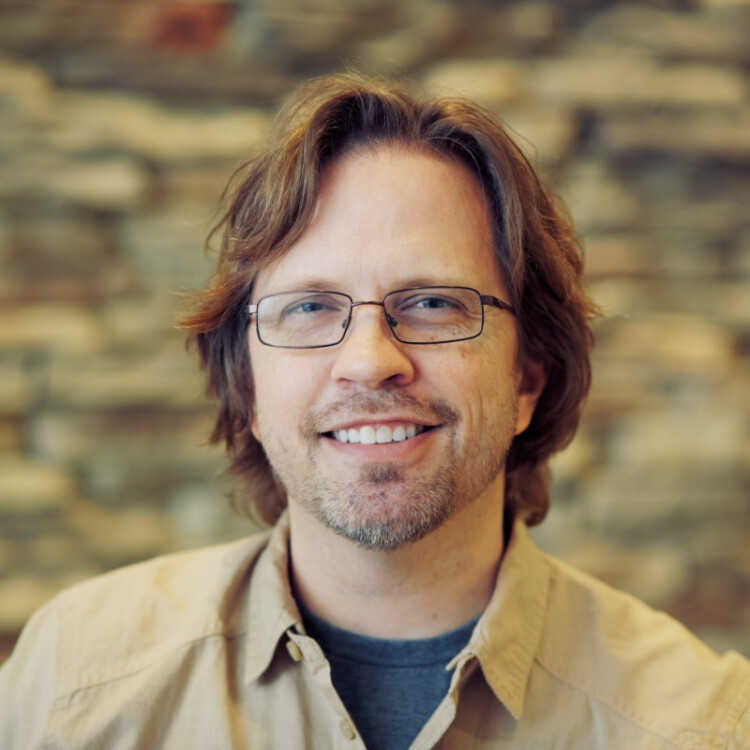 The gathered church is to be a worshipping church. Kevin serves the body of Christ by equipping, instructing, and leading people through music, arts, and audiovisual services in our worship gatherings.

Kevin has served as Worship Arts Pastor at Fellowship Bible Church since 2005. In addition to leading the worship music team leaders and members, he has a passion for seeing people of every creative skill and bent engaged in serving and enriching the body of Christ.

Kevin grew up in North Carolina and is a graduate of Middle Tennessee State University and Dallas Theological Seminary. He has been married to Alicia since 2000. They love to minister and travel together (to all 50 states!) and have three girls: Karleigh, Ella Lynd and Aliza Joy. 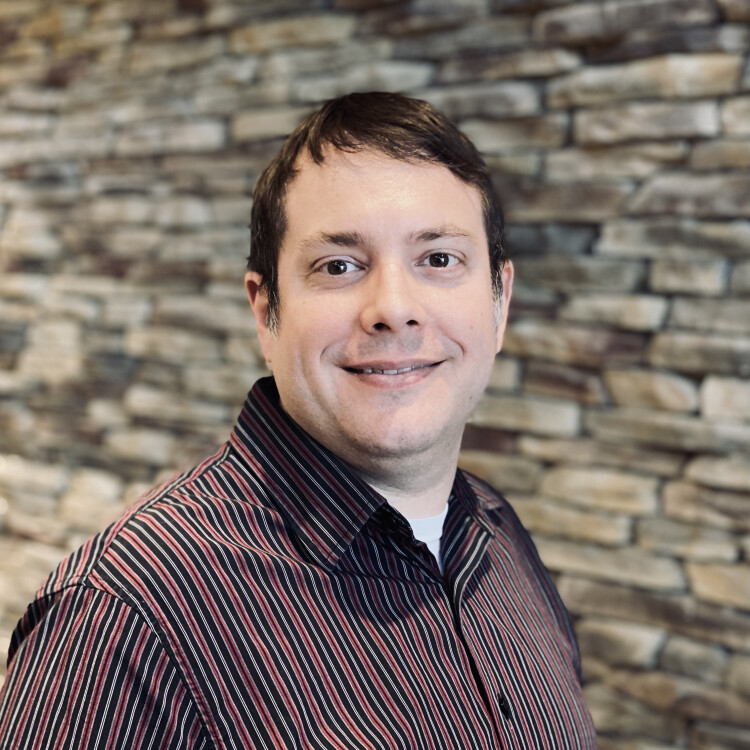 Technical insights and coordination of a worship gathering help to increase the worship experience for the body. Chris oversees the tech team, attentive to various audiovisual elements, for a focused worship experience.

Chris grew up in Oklahoma, and moved to Tennessee in 1998 to attend Middle Tennessee State University. He graduated from MTSU in 2002 with a degree in Recording Industry- Production Tech.

Since then he has worked in studio recording and live sound, live event production and commercial A/V. In addition to working around the Nashville area, he has also toured the US and UK as AV director with multiple artists.

Chris’ passion is to help the Church use technology in creative and effective ways to reach people with the message of the Gospel.

Chris and his wife, Rachael, married in 2005 and have two daughters- Francesca and Colette. 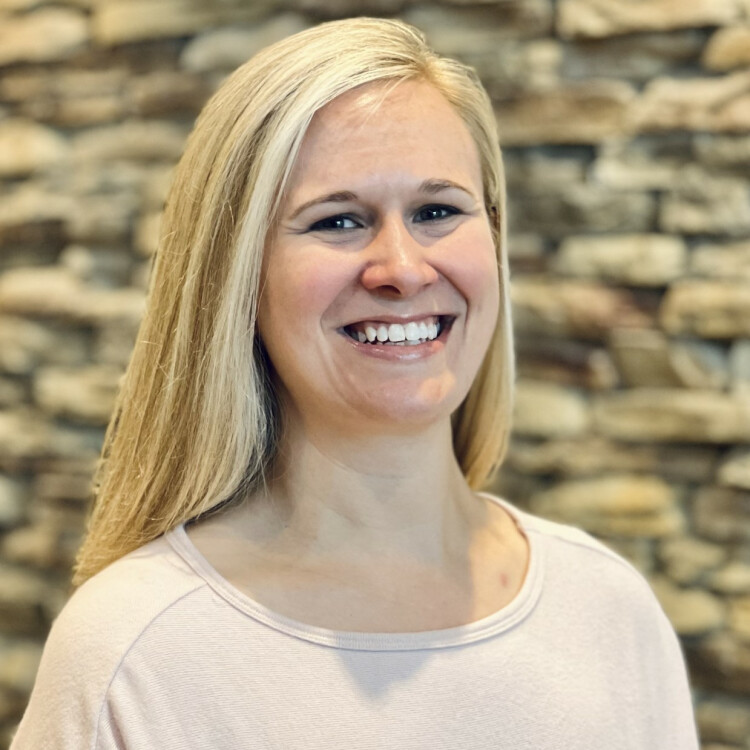 The next generation of children in our church needs to learn about knowing, trusting, and obeying Jesus as Savior. Melissa trains coordinators/volunteers to provide an ongoing equipping environment in our Sunday Boro experience. Melissa also offers gospel resources to parents for their kids.
Melissa Riggs grew up in the small town of Jamestown, New York, where she and her husband, Jim, met at age three in their local preschool class. Melissa and Jim went on to become high school sweethearts, and they married in 2000.
Melissa holds a degree in elementary education from Grove City College in Pennsylvania. She taught fourth and fifth grades in Richardson, Texas for several years before becoming a full-time mom with the arrival of her first son, Brennan, in 2006. The Riggs family moved to middle Tennessee in 2008, adding daughter Cora in 2009 and son Seth in 2012.
When her children were young, Melissa started a small business designing and producing custom gifts and decor. She jumped at the opportunity to found a preschool at her church in 2018 and served as director of the preschool until transitioning to a role as the church’s director of ministries.

Melissa has a passion for the local church, especially seeing children know and love God while getting excited about His Word. In her free time, she can be found enjoying a cup of creamy coffee; decorating, crafting, or organizing; spending time in the woods or mountains; sampling Jim's famous cakes and other baked goods; or researching her next trip or family outing. 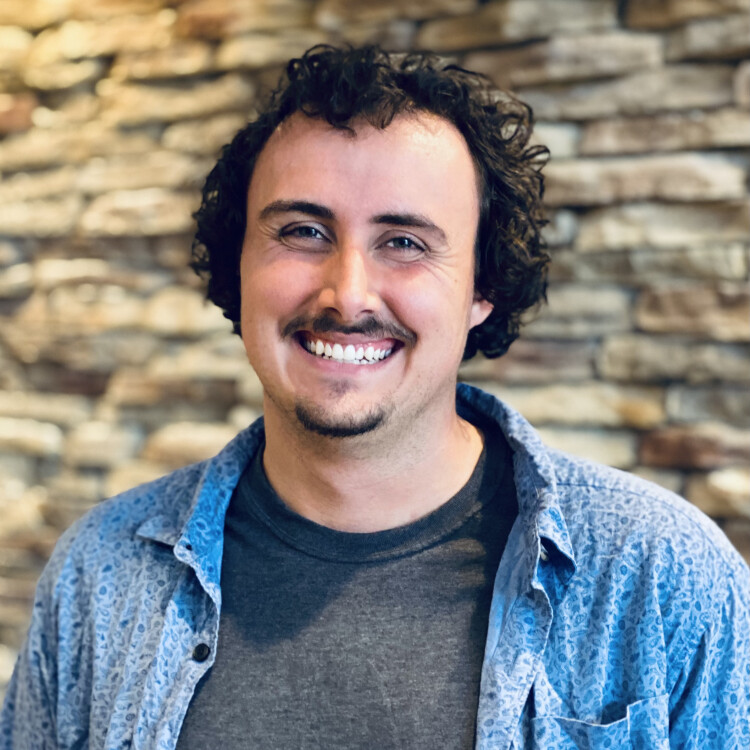 Students need to encounter Jesus’ love through intentional relationships, connections, and pursuit of God in all aspects of life. Connor serves students with these initiatives, striving to always include others in the love of Christ.

Before moving to Murfreesboro to join Fellowship, Connor lived/grew up in Burlington, North Carolina where he served as the Student Director at his home church until 2021. Connor absolutely adores his wife Ruthie Jane! He also loves his family dearly and cherishes all his friendships. He is a highly relational, outgoing, goofy fella. He loves to show Jesus in everything and is eager to know him more daily!

Connor loves anything outside, biking, playing sports, watching sports, and just being with people! 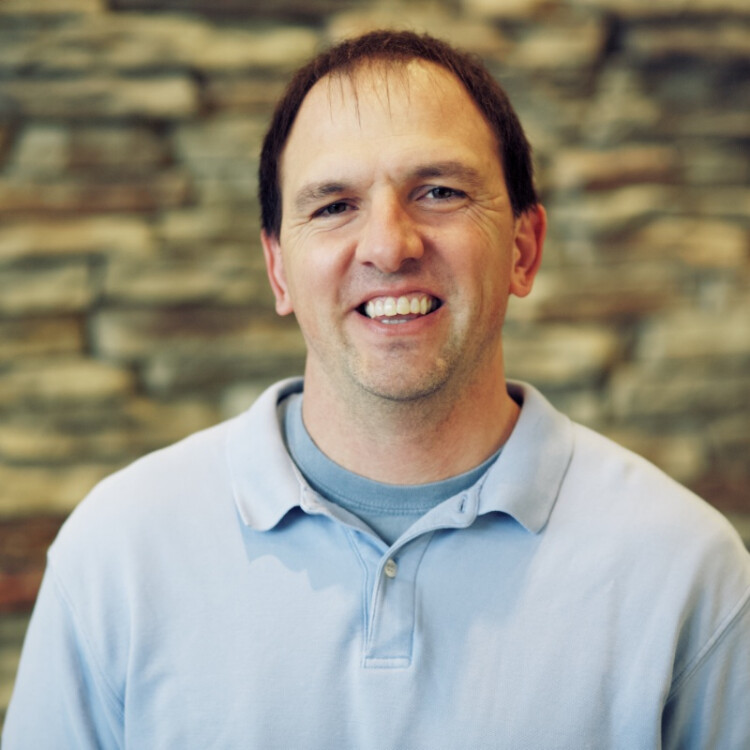 Chad has served in a variety of areas at Fellowship Bible Church since 2004. He was the student pastor from 2004-2014. Since 2014 he has served as the community group pastor. He is passionate about helping people connect deeply to God in the context of relationships.

Chad grew up in the great state of North Carolina. He has earned an undergraduate degree from Appalachian State University, a master’s degree from Dallas Seminary and a doctorate degree from Southern Baptist Theological Seminary. He has been married to his college sweetheart Laurie since 2000. They have three boys: Owen, Griffin and Tate. One of the highlights of his life is being a husband to Laurie and dad to his boys! 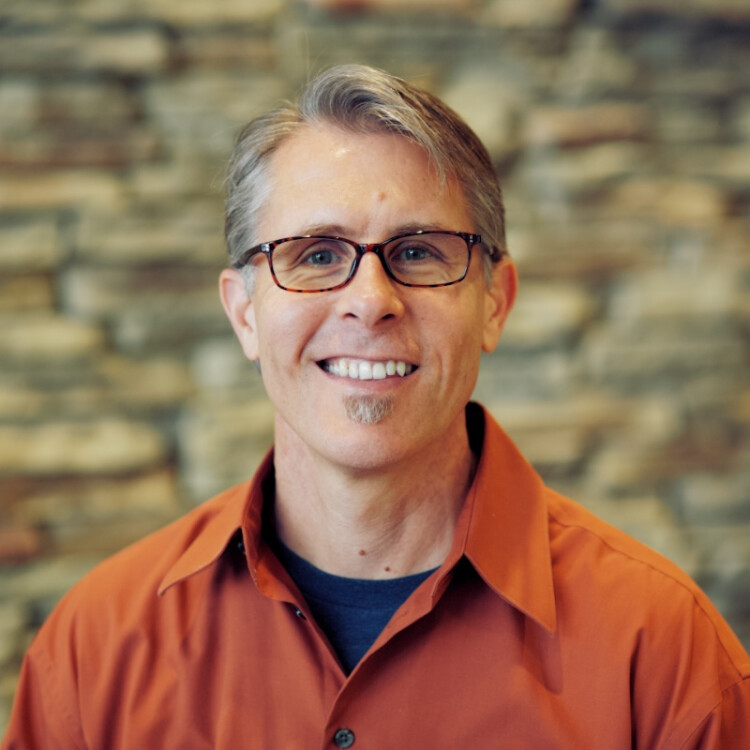 Monty grew up on the rolling plains of Oklahoma and graduated with an art degree from Oklahoma University in 1990. While in college, he was involved with CRU (formerly known as Campus Crusade for Christ), Fellowship of Christian Athletes, Lambda Chi Alpha fraternity, and the OU Men's Gymnastics Team. After college, Monty married Kimberly Russell and moved to Little Rock, Arkansas to serve with the ministry organization FamilyLife.

Five years later, with a growing passion for pastoral ministry, Monty relocated his family to Dallas, Texas and began a master’s program at Dallas Theological Seminary (DTS). He completed his Master of Theology in May 2000. In addition to attending classes, he served as the Couples Coordinator for the DTS Spiritual Formation Program. Upon graduation, Monty, Kimberly, and their four kids moved to Murfreesboro to plant Fellowship Bible Church of Rutherford County.

Monty enjoys writing, triathlons, a wide spectrum of music, a great cup of coffee, and just about any flavor of ice cream known to man.